Beautiful and mysterious, Svaneti is an ancient settlement sheltered in Caucasian mountains, remote and free, never controlled by any ruler. Walking trails pass through picturesque villages and snow-covered peaks (above 4000 m) rising above flower-strewn alpine meadows. Svaneti’s symbol is the defensive stone tower, built to house villagers at times of enemy invasion. Towers built between the 9th and 13th centuries, survive here today. In fact, the settlements served as a outposts located along Georgian border covering roads to central regions of the country.

Itinerary
I Day of Svaneti Tour in Georgia

Tour begins with early dispatch from hotel located in Kutaisi. After 3 hours of journey first stop at Enguri arched dam already granted cultural heritage status. The beautiful arched damn is the world’s second highest concrete arch dam, reaching 271.5 metres high and 728 metres wide. Heading to Svaneti’s main city of Mestia, visit mountain village Latali. This was once a free community of people not subservient to any lord, situated on the edge of Svaneti and thus always well fortified. There have been built many battle towers, some of them are still present. There are about twenty five family churches in Latali; most of them ruined. The most famous of them are – Matskhvari, It is built on heights, at the foot of which passes the main road. The church was built in XI-XII centuries, while its bell tower constructed on four pillars belongs to XVII – XVIII centuries.

Soon we arrive in Mestia and enter Svaneti Museum of History and Ethnography. The Museum’s collections include important archeological and ethnographic materials, a rich collection of Georgian manuscripts, and Georgian Orthodox icons painted in the unique Svan style. It also houses ancient objects dating back to early empires and cultures that made their mark on Georgian history.

Archeological discoveries made in Svaneti date back to the 3rd century BCE, and provide evidence of active cultural and social life, as well as connection to Kolkheti-the ancient land of the Golden Fleece encountered by the Argonauts. The archaeological collection contains many examples of ceramics, jewelry, cult or religious objects, armaments, trading instruments, and numismatic collections. Afternoon we hike to Hatsvali- Mountain-Ski resort for beautiful landscapes and photoshots.

In the morning head to Ushguli , a community of four villages located at the head of the Enguri gorge in Svaneti, Georgia. Recognized as the Upper Svaneti UNESCO World Heritage Site, Ushguli is the highest continuously inhabited settlements in Europe. Compared to somewhat more developed towns like Mestia, Ushguli has been “saved” by its particularly inaccessible location, which helped preserve the villages’ timeless feel. in Ushguli Ethnographical Museum we could observe unique pieces of exhibits collected from local communities.

Ushguli is home to remnants of one of the most ancient fortress of Svaneti, dating from the reign of Queen Tamar. It includes 37 towers thought to date back to medieval times. The Church of Saint Lamaria, Mother of God is located on one of the highest points in Ushguli, together with a building tradition­ally used as a meeting place for village elders. After visiting fortress and Lamaria church we dispatch to Kutaisi. 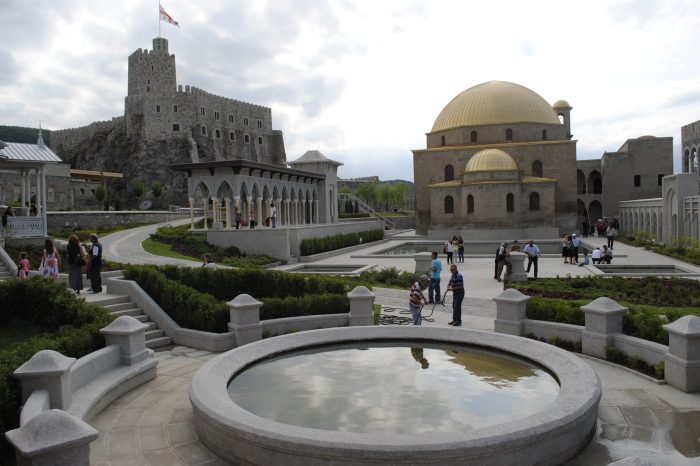 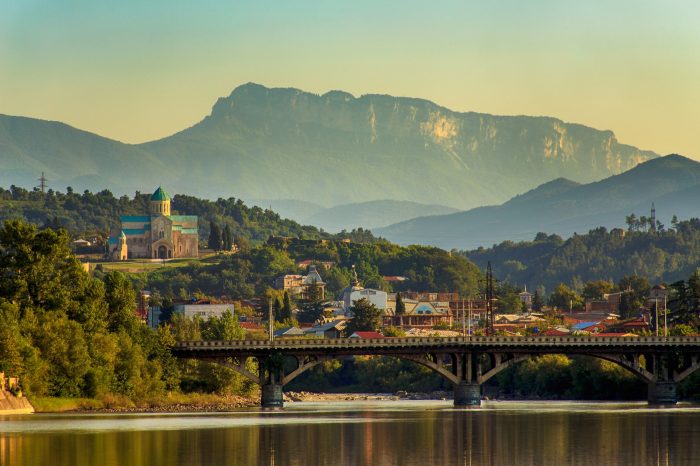 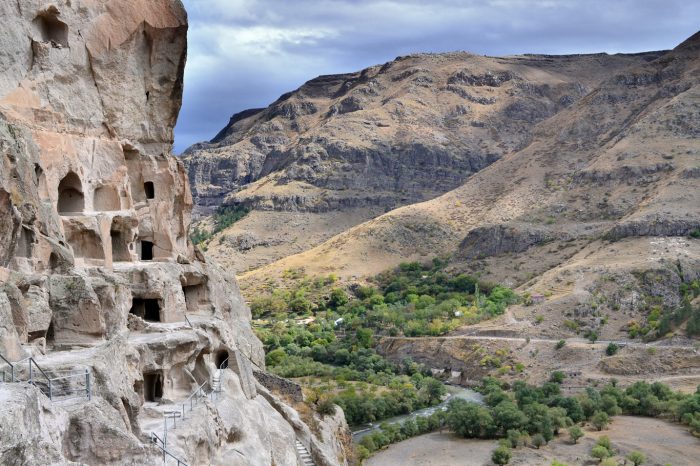